We design, develop and publish training materials for large-scale career development and mentoring programs in both the public and private sector, in partnership with Career Systems International, and invented a wide array of training instruments, games and tools of self-discovery that have been widely used internationally.

Roles include graphic design, website design, sound design, financial management, etc., as well as sound and music coordinator for industrial and corporate presentations and advertising. Film work includes editing and sound on Fallout, a short dramatic film, and the Second Wind video series. Marc teaches courses in the History of Science in the Osher Lifelong Learning Institute at UCLA Extension, University of Washington and California State University. He is also a graphic and web designer and photographer, whose work includes logo and image design, CD and book covers, websites, and brochures & advertising materials. He lives in Los Angeles.

Sound Design Credits: Shows include Talhotblond (Ruskin Theatre); Off The Chain and The weather got bad (for the Virginia Avenue Project at Miles Playhouse); The Boys in the Band (The Coast Playhouse); We’ll Never be Young Again (The Kirk Douglas Theatre); Bad Hurt on Cedar Street (Greenway Court Theatre); Double Indemnity, Halo, Shakespeare’s Will, Dangerous Corner, The Norman Conquests, On the Verge, The Green Room, Roar of the Crowd, The Constant Wife, Enigma Variations, The Lion in Winter, Chekhov in Yalta, The Substance of Fire, and Rosencrantz & Guildenstern Are Dead (Theatre Forty); Soundings (Odyssey Theatre Ensemble); and The Manor (Greystone Mansion, now in its 14th year). Sound Engineer for Dear Liar, Little Murders, The Gin Game, I Do I Do, Over the River, and The Best Man, as well as sound and music coordinator for industrial and corporate presentations and advertising.

Beverly Olevin is the author of "The Good Side of Bad" and "The Breath of Juno." Her short fiction has been published in literary magazines across the country. Her short story, The Gypsy Moon, was featured in Ms. Magazine. Beverly's play Soundings was produced at the Odyssey Theatre and was a Los Angeles Times critics pick. The World Premiere of her play The Green Room was presented at Theatre Forty 40 in Beverly Hills. She also has numerous non-fiction publications.

In 2008, she was Artist-in-Residence for UCLA Extension Osher Lifelong Learning Institute. She teaches courses in Acting and Theatre at UCLA and at the University of Washington. Beverly directs plays in Los Angeles including the award-winning The Manor at Greystone Mansion, which has been running for ten years. She wrote and directed the short dramatic film Fallout in 2008.

Beverly was honored as "Distinguished Instructor for 2010" by UCLA Extension to recognize her "exemplary teaching, consistent excellence, and acts of professional and personal generosity that foster learning and discovery among her students."

Her non-fiction publications have sold over a million copies worldwide. Her background also includes work as an Associate Director with the California State Universities and as an Academic Director in Oxford, England. She has an undergraduate degree from UCLA and an MFA from Trinity University, and is listed in Poets & Writers. She lives in Los Angeles with her husband Marc and her border collie Sadie. 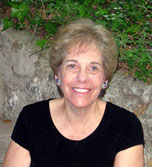 Beverly has designed and managed large-scale career development programs in both the public and private sector. With Beverly Kaye, she has invented a plethora of training instruments, games and tools of self-discovery that have been widely used internationally. These include Invest in your Values and The Creative Mind Profile. Her articles on mentoring, creativity and innovation have appeared in many publications including the Los Angeles Times and Personnel Journal. . Beverly spent twenty-five years as a management consultant with specialties in career development, diversity training, management training, human resources planning and creativity. She developed, wrote, and presented skill-based programs to improve organizational productivity and individual effectiveness.

She has designed and presented unique programs that address the need for creativity, flexibility, and innovation is these rapidly changing and stressful times. Her focus is on fostering a climate that promotes individual responsibility and the awareness that uncertainty can be a positive force leading to new opportunities.

She has been a frequent speaker at conferences and currently teaches seminars for UCLA. Her background includes her work as an Associate Director with the California State Universities and as an Academic Director in Oxford, England. She has an undergraduate degree from UCLA and a Masters Degree from Trinity University. 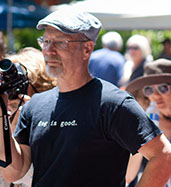